I can honestly say that 2013 was not good year at all for many of us, as I know. For me it was full of obstacles and a lot of new knowledge of life, which is good for your personal growth though. There were a lot of breakups between close ones which was kinda sad, but as we get older we realize it's kinda normal but still..
My personal achievement this year was moving to Stockholm. I started with this idea on January and by September I was there. I can say that I have met a lot of awesome and intelligent people who I've learned from with these past months..  and a lot of hmm how to say 'not so intelligent and even bad' people as well. But we gotta learn from them all so it's good in both ways, no regrets.
The lowest point in this year was when I ended up in a hospital, I hope that's over now..
The happiest point, actually I wanna skip this part because I'm not so sure there was any of that.. but I think when my long time best friend came back to Estonia again. She lived in Italy for 8 years. Though it's not so happy anymore because I moved to Stockholm.
5 random things that I did for the first time in 2013:  1. Slalom skiing
2. Started the engine of Lamborghini
3. Studied Swedish in school
4. Drove by myself around in Stockholm
5. Tried to be happy for no reason
If I'm starting to look back it was still fun, though every bad thing that was somehow holding me back. I know that 2014 is gonna be better in any way because we' re little bit smarter and wiser now.

It's good to be home in Estonia with my loved ones but I already miss Stockholm, that city is in my heart now and my new people there as well. I wish you all the best and let's just drink today to this year and start with the biggest hangover in 2014. ;) Going to post outfit and make up pictures later. My family from Sweden got me a beautiful dress and accessorize for New Years. 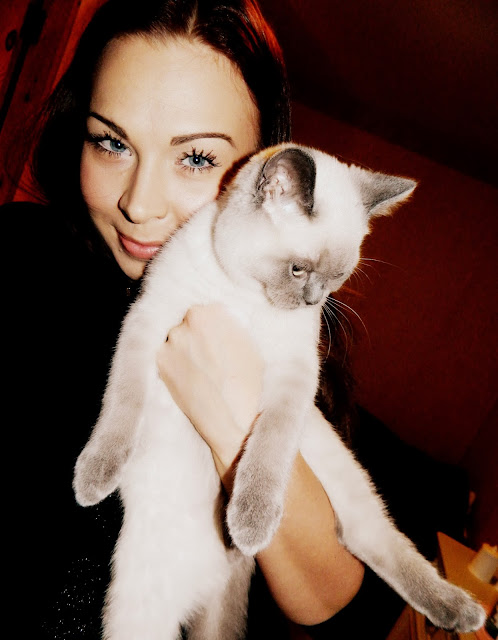 .. and not forgetting about our new family member Zimba, he's the new sunshine in my mom's life, because I'm away now.